In Rick's own words:

"Come enjoy this early Summer immersive Art experience with me in Amsterdam, that 17th century jewel of a city. Amsterdam is the European city I know and love best, having first visited there when I was 18, and have since been back to over a dozen times in the intervening years. It is there, among the Dutch architecture, canals and incomparable Dutch 17th c. paintings, that I first made the commitment to become a lifelong painter, and it remains the city of Art and artists from which I derive the most inspiration.

I look forward to sharing my enthusiasm and the insights I have gained from my long term relationship with the city, as we explore it’s canals, parks, Art Museums and cafes together. See you in Amsterdam!"

some of Rick's paintings 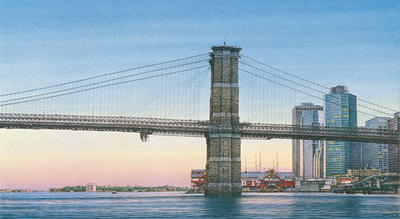 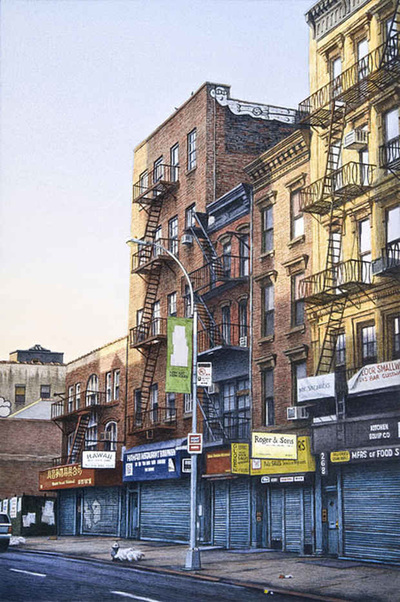 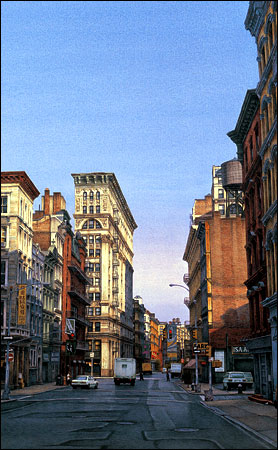 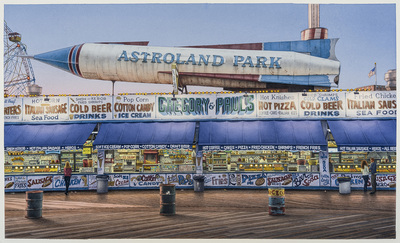 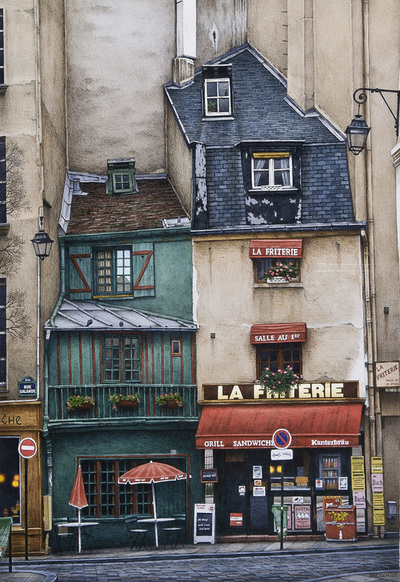 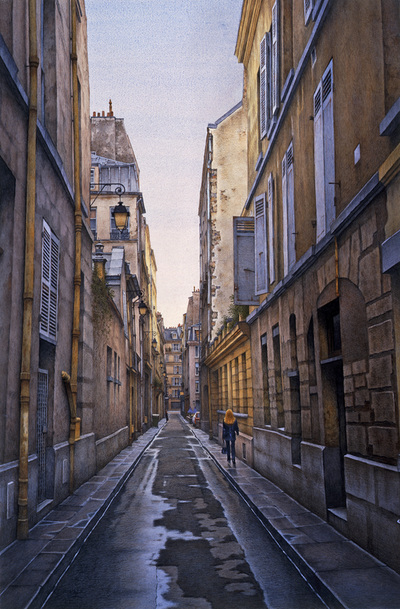 Frederick Brosen’s watercolors have been featured in over 30 solo museum and gallery exhibitions across the country, most recently at the South Street Seaport Museum and at Hirschl & Adler Modern in NYC, both in 2012. His work is in the permanent collection of over a dozen museums, including the Metropolitan Museum of Art and the New York Historical Society. He is the recipient of the City College of New York Career Achievement Award in 2011, and of two Pollack-Krasner Foundation grants. In 2006 a major exhibition of his watercolors was featured at the Museum of the City of New York in conjunction with the publication of a monograph of his NYC watercolors, with an introduction by Ric Burns, ‘Still New York’. He is represented by Hirschl & Adler Modern in New York, and in 2015 his work will be featured in  ‘Coney Island: Visions of an American Dreamland’, premiering at the Wadsworth Atheneum and traveling to 3 additional museums, including the Brooklyn Museum. In February 2016 an exhibition of his series of Rome watercolors is scheduled at Hirschl & Adler Modern in New York.

Mr. Brosen’s teaching career spans over 25 years and includes teaching drawing and watercolor on the faculty of The National Academy of Design, Pratt Institute, Lehman College and, for the past several years and currently, The Art Students League of New York.

The group will be staying at the Mercure Hotel Amsterdam Centre Canal District. You can check out the hotel reviews here http://www.tripadvisor.com/Hotel_Review-g188590-d229124-Reviews-Mercure_Amsterdam_Centre_Canal_District Amsterdam_North_Holland_Province.html

Costa Vavagiakis has exhibited extensively throughout the United States at galleries and mu­seums such as the National Portrait Gallery, Smith­sonian Institution, Washington D.C.; Hirschl & Adler Galleries, NY; The Frye Art Museum, Seattle, WA; ACA Galleries, NY, Salander-O’Reilly Galleries, NY; and Hackett-Freedman Gallery, San Francisco, CA.
His work is held in numerous public and private collections throughout the United States including the Museum of the City of New York, the New-York Historical Society, and the Arkansas Art Center. He has been the recipient of many dis­tinguished awards, including the Pollock-Krasner Foundation Grant and the Gregory Millard Fellow­ship from the New York Foundation for the Arts.
​Costa Vavagiakis is featured in the publications such as Portrait Painting Atelier, Curve: The Female Nude Now, and in articles in Drawing Magazine, American Artist, American Artist Drawing and The Artist’s Magazine, among others. His travels have led him to working in Italy, France, Greece, and extensively throughout the USA experiencing the many different aspects of our beautiful world with its varying cultures, topography, atmosphere and nature.
A deposit of $1,000 per person, of which $350 is non-refundable, is required as a reservation for this workshop. The deposit is non-refundable after April 1, 2018.
Final payment is also required by April 1, 2018.
For questions or to register, please contact Robert Telenick at 212-247-4510, x123 or
email  him at the Art Students League for registration information
1WorldArtTravel
69 Bank Street Suite 102. NY, NY 10014-2184
phone: 212-414-8875 fax: 866-501-6873
mailto:philip@1worldarttravel.com