We will start each day with breakfast at the France-Albion Hotel and then leave with our painting gear for the remainder of the day. Plan on a painting in the morning followed by lunch and then another painting in the afternoon.

Two of our painting locations will be in the famous parks of Paris. Luxembourg Gardens (viewed above in the painting by Albert Edelfelt) and the Tuileries (viewed below in this Pissarro painting) 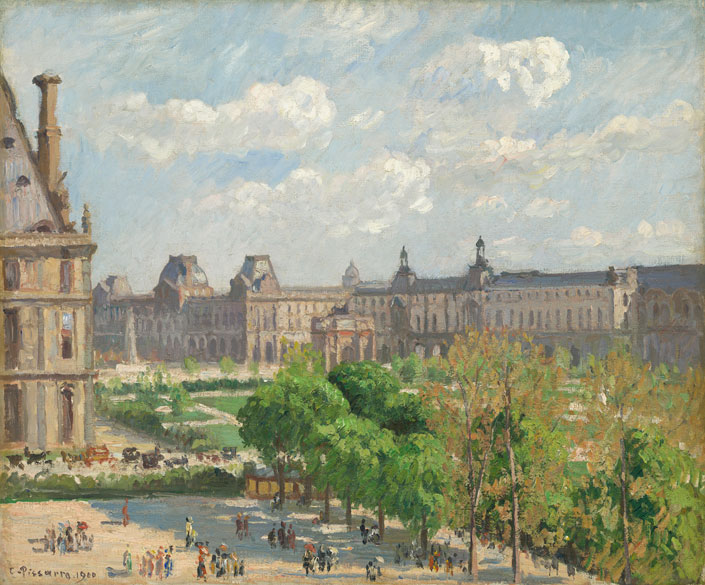 We will take the  train to Vernon and then the short bus ride to Giverny to tour Monet's Gardens, visit the Ancien Hotel Baudy and check out the Impressionist Museum.

Monet was turned on to outdoor painting after visiting the well known Honfleur artist Eugene Boudin, who was to become his mentor and lifelong friend. Boudin was known as the "Master of Skies" for the expressive way he painted them. Following the example of Boudin, Monet experimented with a new technique of painting in the open-air at a time when most painters worked indoors. He was inspired to do so by the scenery and light conditions found on the Norman coast. He completed most of his coastal scenes around Honfleur and near-by beaches. In Giverny we will be visiting Monet's gardens.
Wouldn't that be wonderful if we could see Monet painting in his gardens in Giverny?
We will also have the opportunity to visit the musée des Impressionismes - The fabulous Impressionist museum just down the street from Monet's Gardens. I had a group there last year during the most extensive show of Joaquin Sorolla's works I had ever seen. From 1992 to 2008 this museum was the musée d'Art Americain created by Daniel Terra of Chicago. It was a showcase for the famous ex-pat American painters and those American painters who had spent considerable time painting in France: Hopper, Sargent, Whistler, Homer, Cassatt and others.
But in 2006 the Terra Foundation removed themselves (I do believe it was at the urging of the French Government) and a collaboration between the musée d'Orsay, Fondation Claude Monet and the musée Marmottan took it over and it became what it is today.

Take this tour of the studio in Giverny built for the American painters who came to visit Monet. Although I mention in this video that the studio was built by Monet for visiting American artists that's not quite accurate. The American artists had the habit of painting in their rooms in the Baudy Hotel and they tended to get their paint on the linens (never happened to you right?)... Anyway, Mdme Baudy had enough so SHE decided to have that studio built.
One day we may take lunch along the Rue Mouffetard and paint in the Place Contrescarpe (photos below). 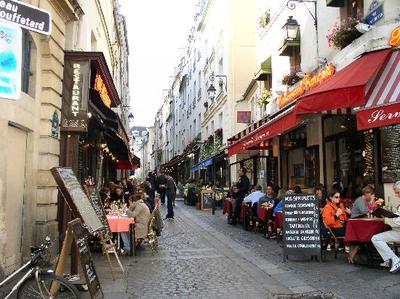 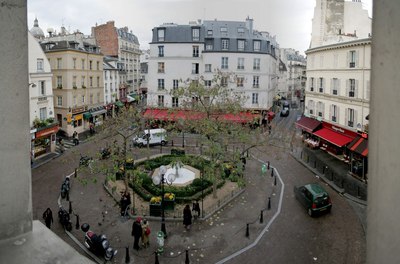 Another possible painting location is a spot along the Seine with a view of Notre Dame. 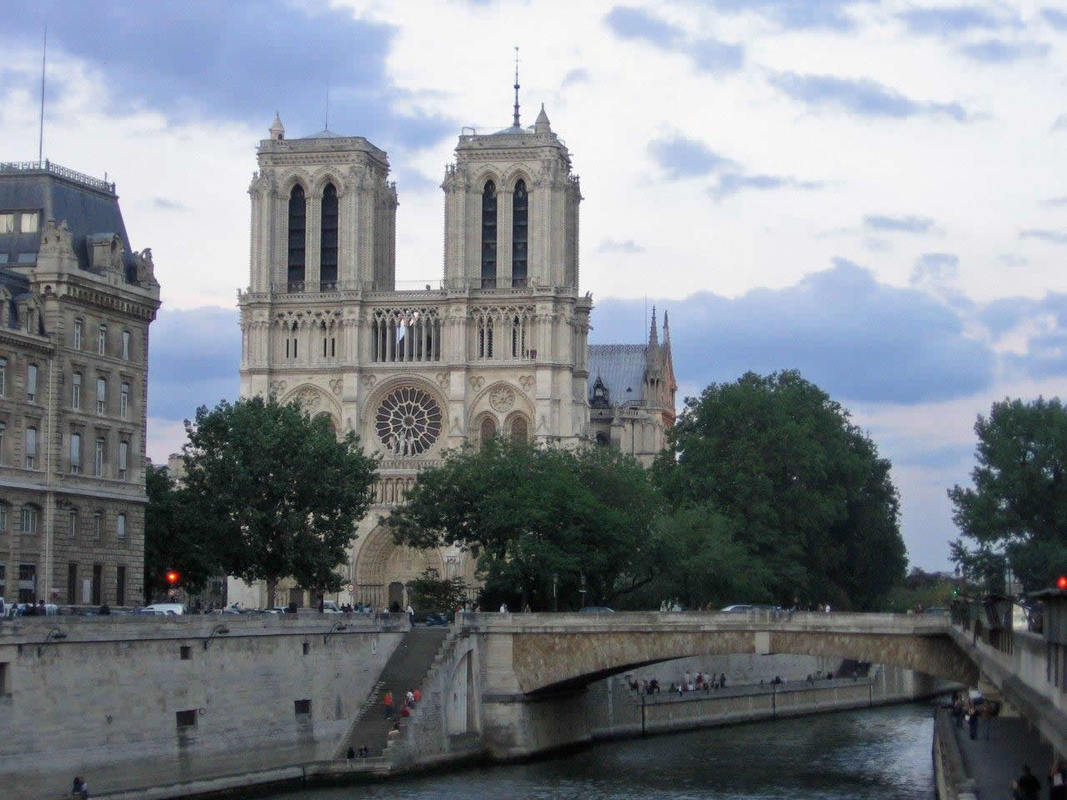