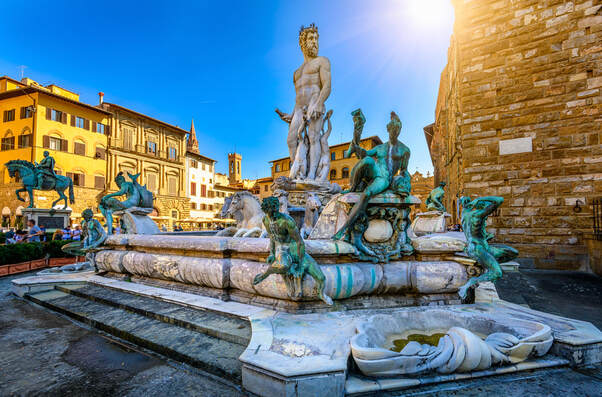 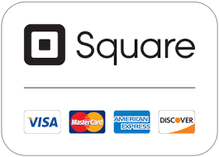 Workshop Deposit
Click on the green button. When the Square page comes up click on PAY and then Check Out as Guest
​
Providing Caring, Professionally Organized and Personally Led Tours Since 1993.

​A Florentine Springtime Adventure!
Join me and a small group of fellow Art lovers to share La Bella Primavera in Florence, the cradle of the Renaissance, April 6 - 14 2023!
Enjoy our 8 night stay in the centrally located 4 star Grand Hotel Cavour, featuring stunning views of Florence landmarks from the rooftop terrace and bar. From our hotel each morning our group will sketch and watercolor the spectacular views from both the Boboli and Bardini Gardens.
Additionally, I will be escorting our group on selected excursions to the Brancacci Chapel and the Accademia Gallery, ​featuring Michelangelo's ​
incomparable David and the Prisoners series.
An escorted private bus will take us on a day trip to nearby San Gimignano, the City of Towers.
Also included will be Museum Passes as well as a group dinner!
It promises to be an exciting and memorable trip, and I hope to share it with both old and new friends.
Our group will be capped at a small number of participants, so please assure your place with a deposit soon.
La Primavera a Firenze! Andiamo!! 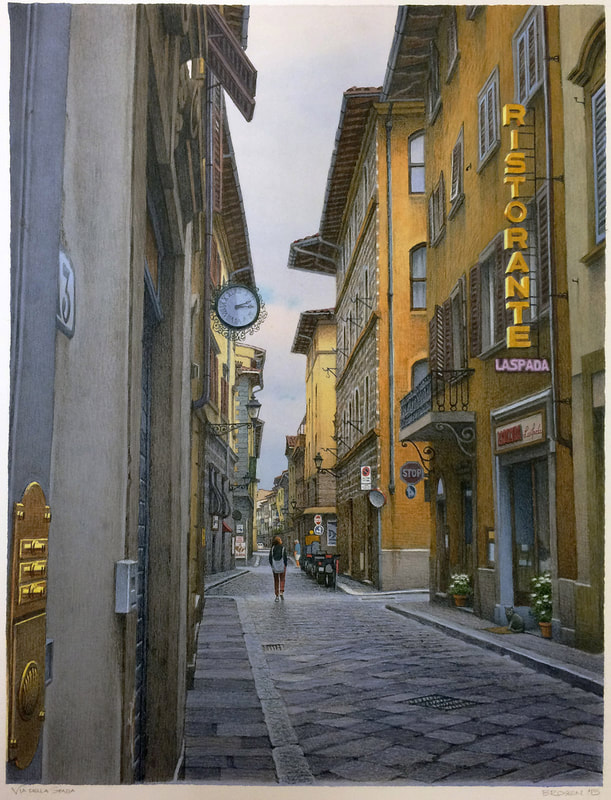 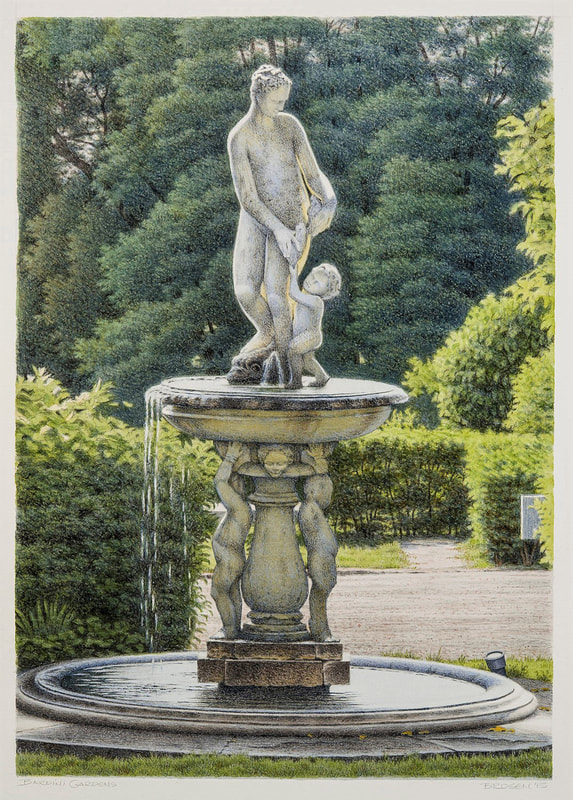 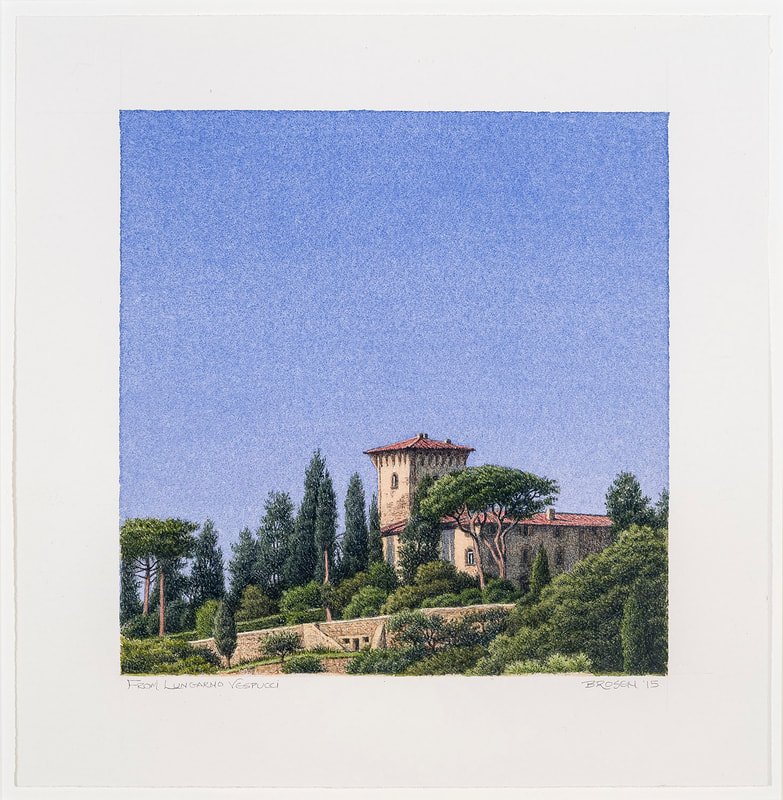 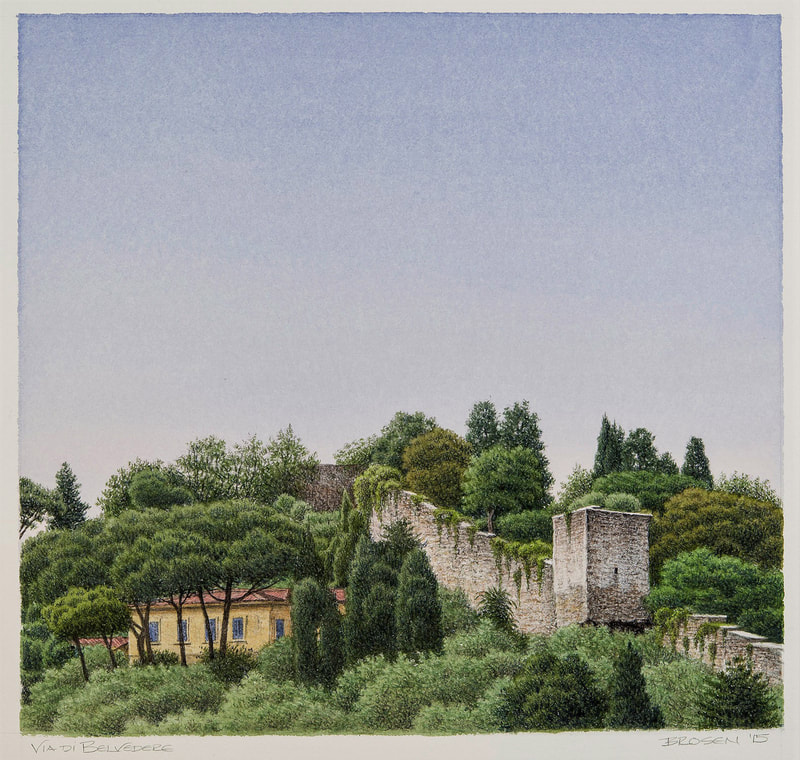 Mr. Brosen’s teaching career spans over 25 years and includes teaching drawing and watercolor on the faculty of The National Academy of Design, Pratt Institute, Lehman College and The Art Students League of New York.
Click here to go to Rick's website
To guarantee your place(s) submit a deposit of $500 per person by clicking the Buy Now button below.
​That will take you to Paypal where you can pay by credit card if you do not have a Paypal account.
When the page comes up put 'deposit' under 'description', then  put 500 in 'price per item', (do not add the $ sign) click on 'continue' then click on 'pay with debit or credit card', enter your information. Click on 'pay'. You should then get a confirmation.
Here are some images of our hotel: the Grand Cavour
and TripAdvisor reviews. 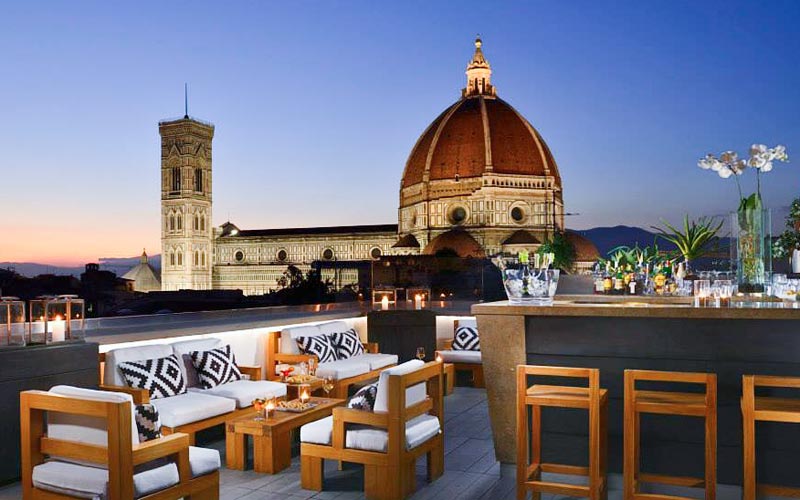 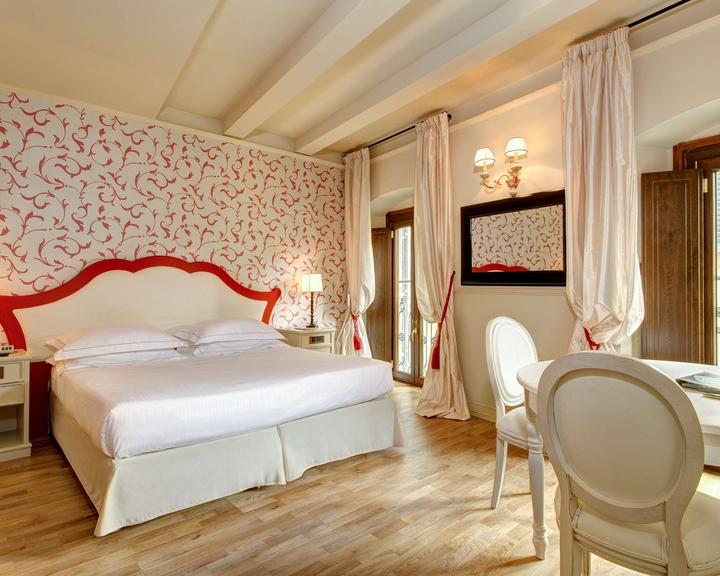 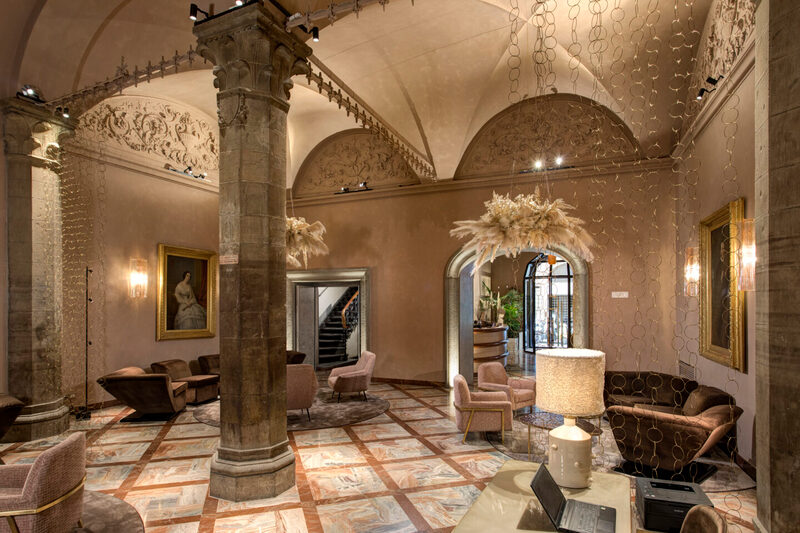 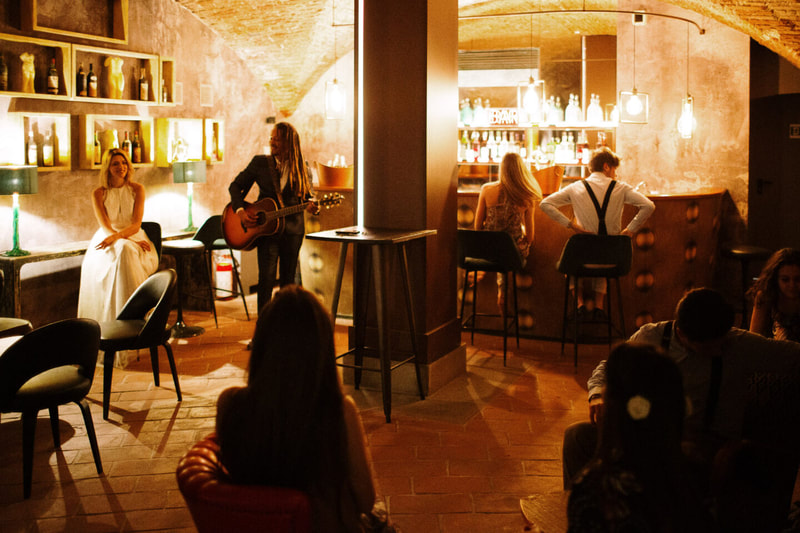 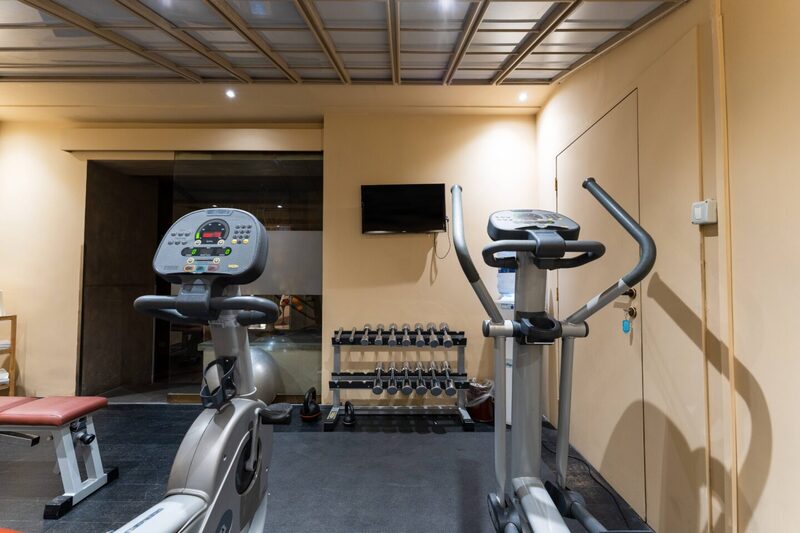 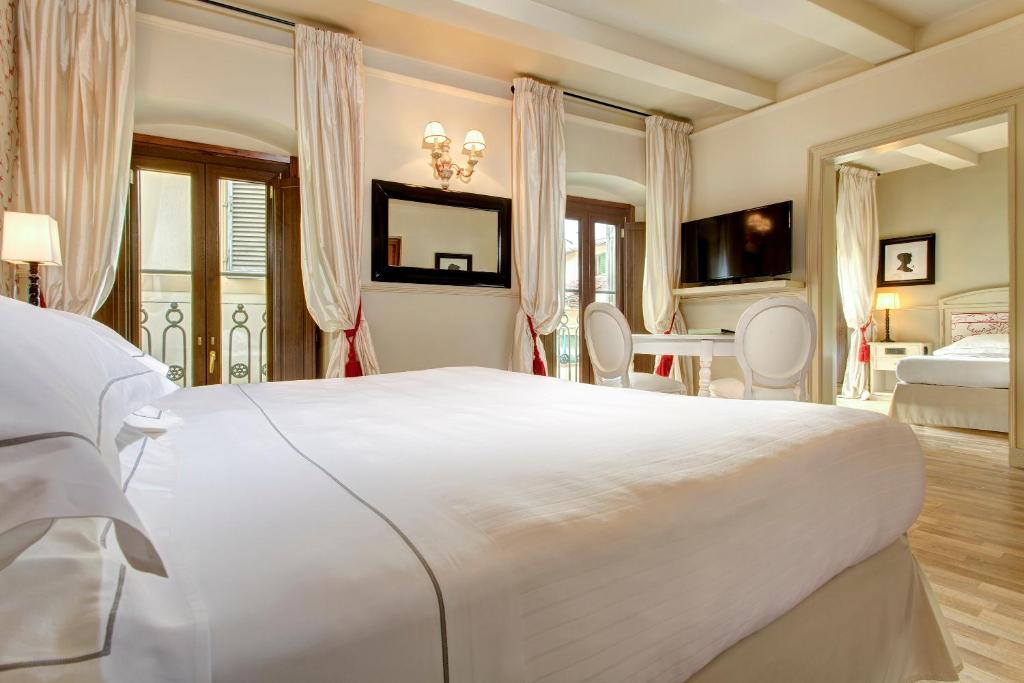 Workshop Deposit
Click on the green button. When the Square page comes up click on PAY and then Check Out as Guest
​
So many fascinating things to know about Florence.. Here are but a few.
1. Florence was once the capital of the Kingdom of Italy
In 1861, Tuscany became part of the Kingdom of Italy. 4 years later, in 1865, Florence became the new capital of Italy, replacing Turin. This only lasted 5 years though, as Rome became the capital of Italy in 1870.
2. Florence was the birthplace of the Italian Renaissance
The Renaissance was a period following the Middle Ages, from the 14th to the 17th century. It was a period of rebirth, in all industries: cultural, artistic, political and economic, with the cultural & artistic parts being the most famous one
3. The Ponte Vecchio bridge is a famous landmark of Florence
The Ponte Vecchio, Italian for Old Bridge, is an icon of Florence. Built in 1345, the bridge spans over the River Arno with 3 arches, an innovative design for the time. The bridge is easily recognizable with all the shops built on it, and the covered passage above it, a private aerial walkway built for the ruling family, the Medici Family.
During World War II, the German army was occupying the city of Florence. At the end of the war, the Germs were forced out of the city by the Allies; when they fled, they destroyed all of the bridges in Florence. Well, not all of them: legend has it that Hitler loved the bridge so much that he instructed to not destroy it, and Ponte Vecchio was left untouched.
4. The Stendhal Syndrome first happened in Florence
The Stendhal syndrome, also called Florence syndrome, refers to accelerated heartbeat and even fainting when someone is exposed to art masterpieces. It first afflicted French author Stendhal when he visited Florence in 1817.
5. The dome of the Duomo is the largest brick & mortar dome in the world
The main feature of the Duomo is its massive dome. It’s made of more than 4 million bricks, and weighs an impressive 37,000 metric tons. The dome is incredibly large, and over 10 stories high. To this day, it remains the largest brick dome in the entire world.
6. The city was founded by Julius Caesar
Florence was founded by Roman Emperor Julius Caesar, in 59 BC. It was originally meant to be a settlement for the soldiers, and was built just like a garrison town. A few years later, the settlement has grown in a full-blown city, and the Romans now refer to it as Florentia, the Flourishing Town.
7. The piano was invented in Florence
The inventor of the piano, Bartolomeo Cristofori, was initially in Venice. He was already experimenting with new instruments there. 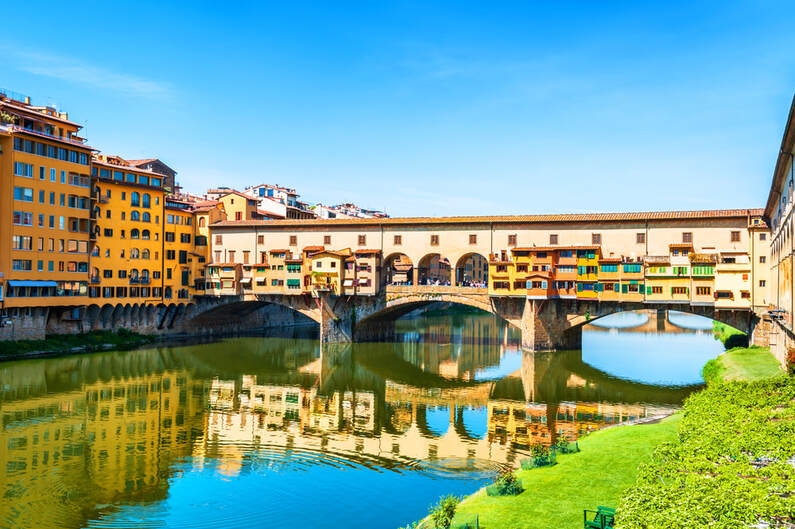