Welcome to Trapani
Hugging the harbour where Peter of Aragon landed in 1282 to begin the Spanish occupation of Sicily, the sickle-shaped spit of land occupied by Trapani's old town once sat at the heart of a powerful trading network that stretched from Carthage to Venice. Traditionally the town thrived on coral and tuna fishing, with some salt and wine production.

These days, Trapani's small port buzzes with ferry traffic zipping to and from the remote Egadi Islands and the mysterious volcanic rock island of Pantelleria, not far from Tunisia. Trapani's adjacent historic centre, with its small but compelling maze of ancient churches and gold-stone palazzi (mansions), is a mellow place to stroll, for both locals and travellers awaiting their next boat. From late afternoon onwards, car-free main street Via Garibaldi buzzes with what feels like the entire town out in force enjoying their lazy, absolute sacrosanct passeggiata (early evening stroll). Join them.

gastronomy
Local gastronomy is influenced by the culture and customs of the many peoples that occupied these lands through the centuries. A symbol of this fusion is the cous cous, a typical food brought by the Arabs, with whom the local inhabitants conducted a great deal of sea trade.
Fish is the table's main protagonist, and it is cooked in a number of ways, from lobster spaghetti to grilled fish. The typical product par excellence is tuna.
Trapanese cuisine, in fact, is famous for its traditional mattanza (tuna cull).
As for pastries, as in all of Sicily, cannoli with ricotta cheese is king, along with the mustazzoli from Erice and fruit from Martorana.
Among the wines: try the Marsala and Alcamo whites, and the Moscato di Pantelleria. 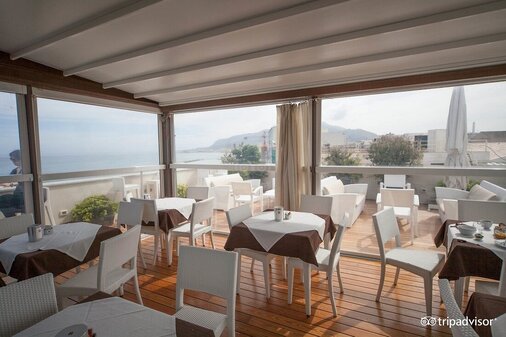 One person's experience of Old Town Trapani as posted on TripAdvisor.
As it was late, we decided to have a walk into the town - a couple of streets away - to see if we could find something to eat - and drink!!! I was amazed at how much of a "buzz" there was in the town at 11.30 pm. Everywhere was lit up and looked beautiful as we passed baroque palaces and beautiful buildings everywhere! I instantly knew I was safe - Sicilian families out strolling with babies and children, people sitting drinking and eating in bars and cafes and the sound of live jazz playing from a corner cafe - what a lovely start to our holiday! We sat down and had some Prosecco and was given complimentary fresh fruit to eat with and watched the passage of people wandering by. Everyone was really friendly we found ourselves soaking up the atmosphere! I felt safe everywhere I went and the town was beautifully lit at night. 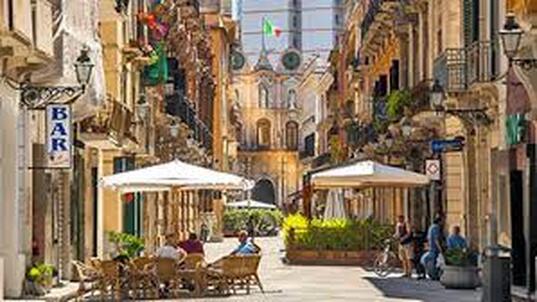